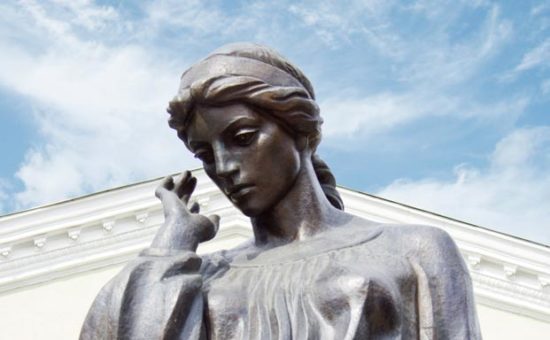 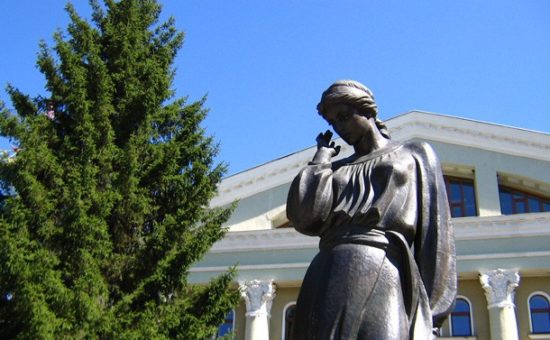 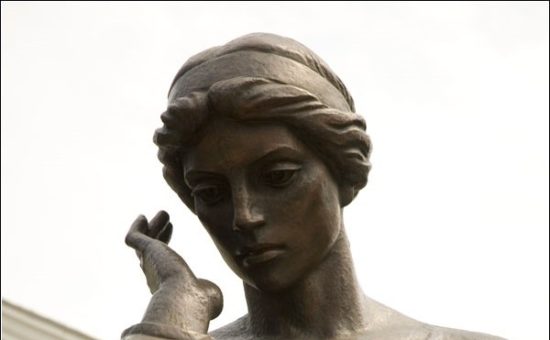 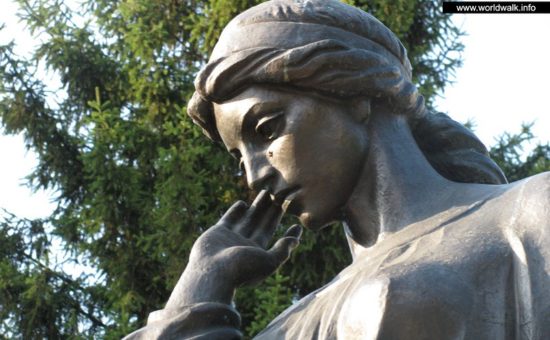 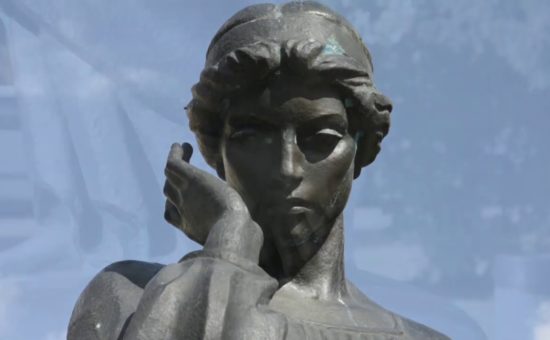 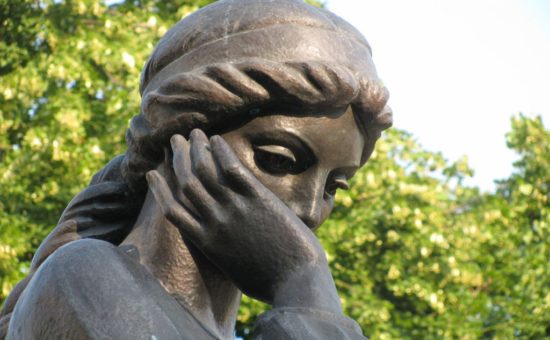 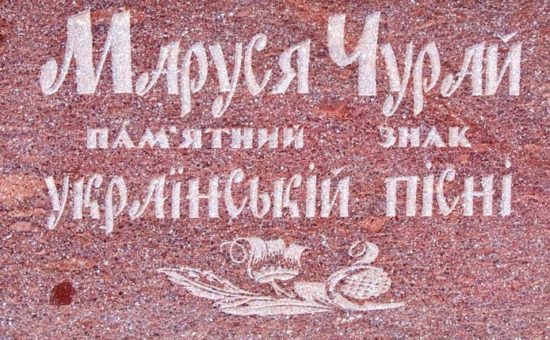 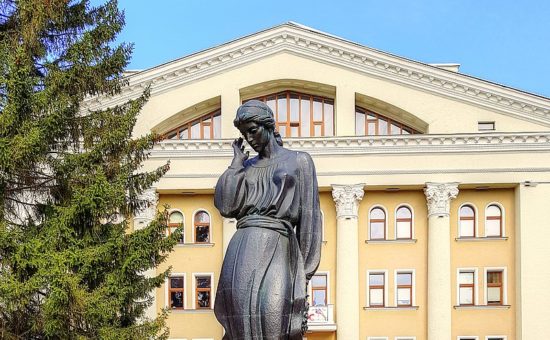 Location on the map

This symbolic monument dedicated to the immortal Ukrainian folk songs represented by the legendary figure of talented Poltava female singer and song writer Marusia Churai living under hetman Bohdan Khmelnytsky is located in the downtown at Theater Square near the fountain in front of the Regional Academic Musical Drama Theater named after Gogol. The work is made by Anatoly Chernoshchokov, a well-known Poltava man of art, People’s Artist of Ukraine, and Andriy Koryshev, sculptor, and initiated by Anatoly Kukoba, the then mayor of Poltava. The monument was created for 3 months by initially making a clay figure of a girl that was afterwards made with concrete. It was unveiled on April 14, 2006.
As basis of the monument were taken legends about a Poltava girl Marusia who lived in the 17th century and had extraordinarily fine voice and aptitude for writing lyrics. It is her creative work that a number of Ukrainian folk songs is referred to, the most famous songs of which are “Ой, не ходи Грицю, та й на вечорниці” (Hryts, Don’t Go to the Evening Dancing), “Засвіт встали козаченьки” (The Cossacks Were Ready to March at Dawn) etc. There is popular belief that Marusia poisoned the Poltava Cossack Regiment cornet Hryts (Ukrainian for Gregory) whom she had loved and been loved by, as he betrayed their love and got married to the rich one. Therefore the proud female Poltavite was charged with poisoning her beloved Hryts, was found guilty and was executed. Another folk belief tells the betrayed girl could endure her loss, so she secretly sought assistance from some local old witch to prepare a deadly potion for herself but Hryts drank it up by accident before she could get to it. She was accused of murder, and stood trial. The exact verdict was unknown, but she is believed to have spent some time in incarceration, before being released or amnestied, commonly believed due to her reputation as a well-known songster. According to one more legend, in summer 1652 Poltava court sentenced Marusia to death, but she was amnestied by a universal of the hetman Bohdan Khmelnytsky that a Cossack Iskra brought. It read to give her life “for her father’s achievements and sweet songs”. To seek repentance, the girl walked the pilgrimage to Kyiv but returned 1653 to Poltava and died in the age of 28, because she could not bear to live without her beloved. (According to other sources, she died of consumption in Poltava 1652 shortly after the amnesty or became a nun at any of Ukrainian nunneries).
The Monument to Marusia Churai (to Ukrainian Song) represents a figure of a young girl in the Ukrainian traditional garment, who bows her head while feeling slightly sad and holding a bundle of herbs for potion in her left hand and raising the right one up to her face.
The monument cast in concrete is 3.5 meters high; its upper part is covered with copper.
According to the numerous polls, the Marusia monument is one of the most popular new monuments with Poltava people.

No guest reviews yet. Be the first!
Write a review
Leave feedback
Read more at:
Ask us a question
Order service